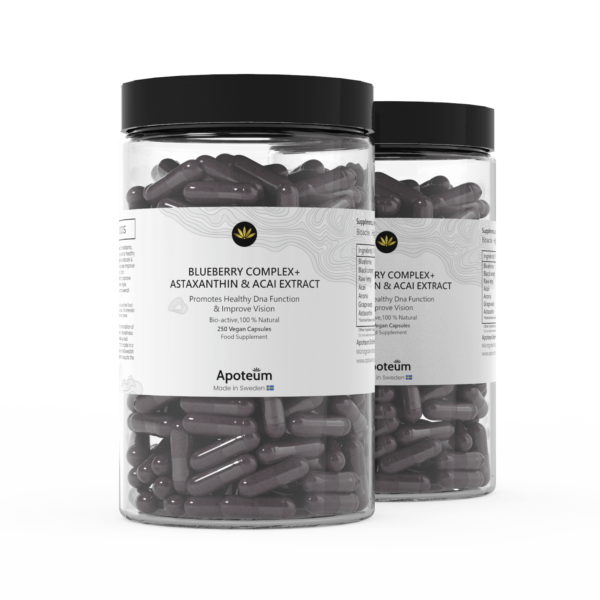 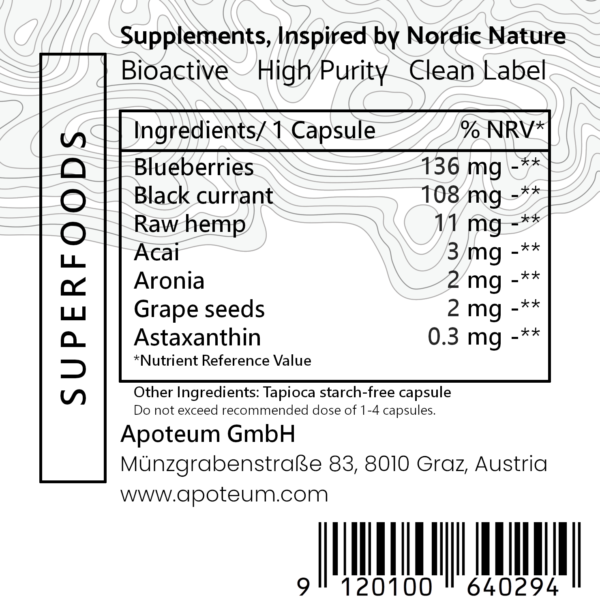 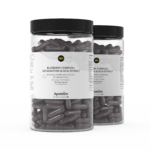 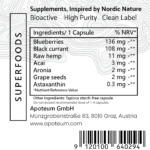 It’s said that some of the berries improve your vision and the collagen synthesis and that they would help to heal wounds. Vitamin C protects the skin from external damage and promotes and strengthens the immune system. Antioxidants are nature ́s answer to protect your DNA and combat oxidative stress of your cells. Vitamin C can also help you with age-related issues and aims for a better cognitive functions and memory in older age.

Our Blueberry Complex capsules contain a balanced mixed of mainly blueberries and blackcurrant, and a few other equally potent berries.

All of the berries used are high in antioxidants, which is crucial for combating oxidative stress on the cellular level. The majority of the berries also contain the chemical compounds known as proanthocyanidins (also known as anthocyanin), which is simply put a plant pigment, and what gives the berries their red, blue, or purple colour. It’s thought to reduce the risk of many ailments, as well as age-related issues.

Blueberry is considered one of the top superfoods, with it being packed with all kinds of vitamins and minerals, too many to name. Just to pick a few, it contains vitamin C, that collagen highly relies on to keep your skin smooth and soft, and prevents it from taking damage from exposure to sun and pollution. It also contains iron, magnesium, calcium, zinc, and vitamin K, all of which contributes to building and maintaining strong bones and joints. It has vitamin B6 and folate, that prevents damage to blood vessels, which in turn could lead to heart problems. Folate also plays a role in DNA synthesis and repair, which is an important factor in the aging process, as DNA damage is one of the main reasons that we grow older.

Blackcurrant was once called “the forbidden fruit” in the United States, as it was believed that the small, dark berries helped spread fungi that killed pine trees. Meanwhile in Europe and Asia, blackcurrant has been consumed in many forms due to its impressive arsenal of vitamins and antioxidants. The most noticeable of those is vitamin C, which boosts many functions in the body, from skin care to the immune system. The blackcurrant seeds also contain an omega-6 fatty acid called gamma-linolenic acid (GLA), that when combined with another linolenic acid found in vitamin C, can help improve certain eye functions, such as blood flow to the eyes, nightvision, dryness, and visual fatigue.

The raw hemp powder used in our capsules come from Scandinavia, where the hemp plant has been used for centuries in many different forms. The fibers can be turned into rope and clothing, while the oil extracted from the plant was mainly used for cooking and fuel. The hemp seeds has been eaten by humans as well as cattle, and is said to give hair and fur an extra shine. In powdered form, raw hemp is full of antioxidants, fiber, and healthy unsaturated fats.

Acai berries can be found in the rainforests of South America, where they grow on palm trees. While not technically a berry but a drupe, it’s still referred to as such due to it small shape, form, and how it grows. Just like many of the other ingredients already mentioned, acai berries are packed full of antioxidants, maybe even more than the blueberry. Antioxidants can counteract oxidation in brain cells, thus promoting better cognitive functions and memory as we age. Acai berries have been part of the daily diet for the people in the Amazon rainforest for decades, claimed to have a taste similar to that of unsweetened chocolate and blackberries.

Aronia berries are also known as chokeberries, and are dark, small berries that grows mainly in North America. They got the name chokeberries as they have a strong mouth drying effect after consumption, which is why they’re rarely eaten directly, but more often as jams, purees, juices, ect. The Native Americans have used them as a cold remedy, as they seem to possess high levels of antioxidants and vitamin C, as well as being anti-inflammatory.

Astaxanthin is the red pigment that can be found in algae, and is what makes salmon, lobster, shrimps and other seafood have that pink or red colour. It is an antioxidant, and as such has been linked to improved blood flow, and smoother skin. Some studies have shown that consumption of astaxanthin has helped improve age-related vision loss, in cases where a portion of the retina has been damaged. Athletes also take astaxanthin to prevent muscle and skeletal damage while working out. 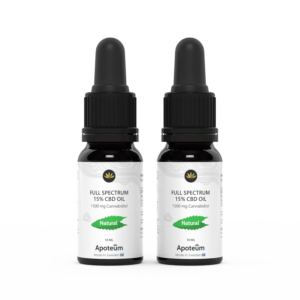 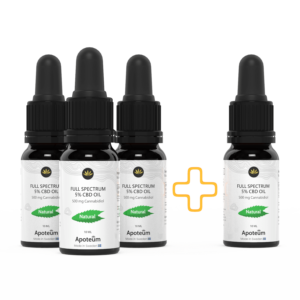 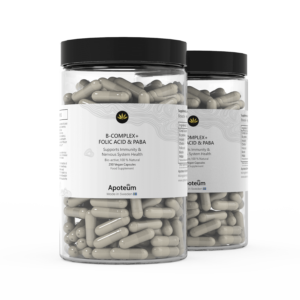