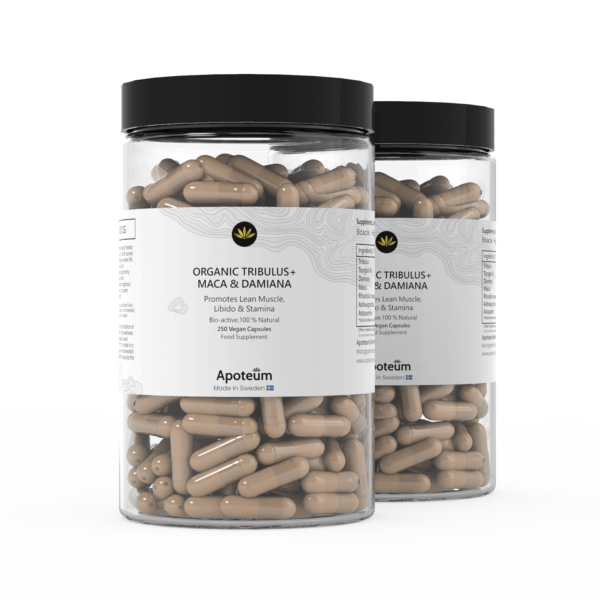 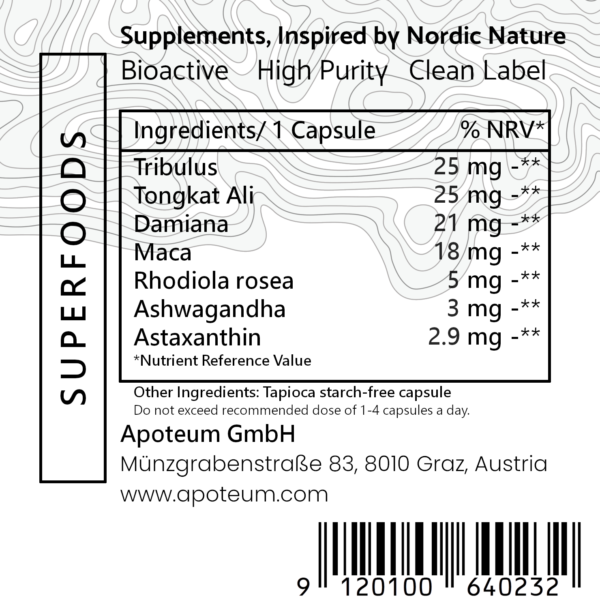 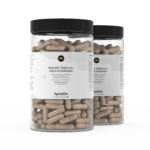 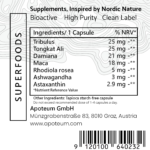 Our Tribulus Maca + Damiana capsules are made from Tribulus, Tongkat Ali, Damiana, Maca, Roseroot, Astaxanthin, Ashwagandha, Black pepper and raw hemp powder. This potent mix of plants is well selected to serve the needs of our people to resist the rough, northern nature of the beautiful, wild Scandinavia.

These herbs and roots are not only known to reduce stress, to increase stamina and maintain your energy level, but mainly to boost your libido. In Chinese medicine, Ayurveda and other traditional medicines its used as an aphrodisiac and to increase the libido in both women and men. Additionally, they may help you with menopause symptoms and male fertility and aim to balance your hormone level.

The ingredients have been chosen for their ability to boost your lean muscles, which are extremely important for your health. Not only will lean muscles help in strengthening bones and joints, they will also make it easier for you to maintain a healthy weight and blood sugar levels.

Tribulus Terrestris, or Tribulus for short, is a plant with fruits covered in spines so sharp that they can puncture bicycle tires, which gave it its nickname “puncture vine”. It’s been used in both traditional Chinese medicine and the Indian Ayurveda for boosting libido in both women and men. Some people take Tribulus in combination with workout to help enhance their body composition, believing that it will increase muscle and decrease fat.

Tongkat Ali comes from the roots of a shrub called Eurycoma longifolia, that grows in Southeast Asia. It has mainly been used as a remedy for men suffering from low testosterone, infertility, and erectile dysfunction, with quite promising results. Tongkat Ali is also believed to help increase lean muscle mass and lose body fat, as well as improve energy levels and endurance. This could be because Tongkat Ali contains compounds known as quassinoids, molecules that amongst many functions can affect protein synthesis.

Damiana is a shrub that grows mainly in Central America and the West Indies, and its leaves and stem has been used as an aphrodisiac for centuries. It is said to increase sexual arousal, orgasm frequency, and stamina when taken as such. Some people also claim that damiana can help with weight loss, but that might just be due to its increase in certain activities.

Astaxanthin is the red pigment that can be found in algae, and is what makes salmon, lobster, shrimps and other seafood have that pink or red colour. It is used by athletes to increase endurance during and decrease fatigue afterwards. It may also be beneficial to male fertility, as research has shown that by consuming astaxanthin, partners of men who were considered infertile has an increase in pregnancy.

Black pepper can, according to preliminary research, increase the absorption of essential nutrition, and boost your metabolism, which will help with weight loss. It also contains piperine, that has anti-inflammatory effects as well as the ability to reduce insulin-resistance. 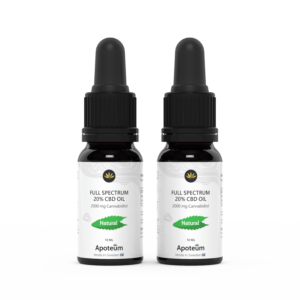 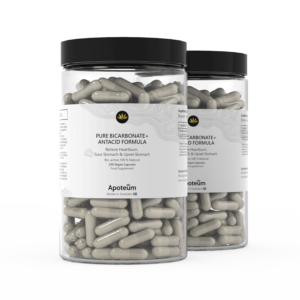 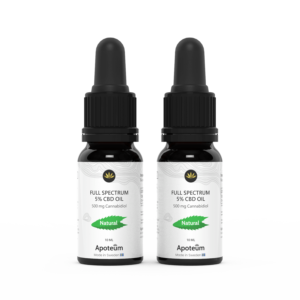