Apoteum’s unique oil extraction method preserves all active hemp ingredients such as flavonoids, terpenes, and cannabinoids. No other extraction method on the market can match this feat. We proudly stand by the fact that our oil is 2 – 3 times more effective than oils from concentrate.

This 2% CBD oil is made for our 4 legged friends. Our organic hemp oil 2% contains  200mg CBD and over 80 other cannabinoids. It is a pure full-spectrum oil without isolate! 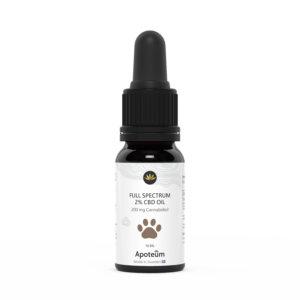 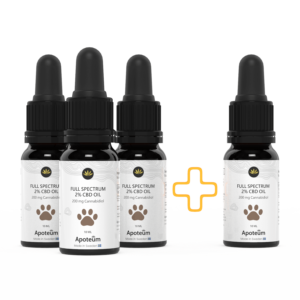 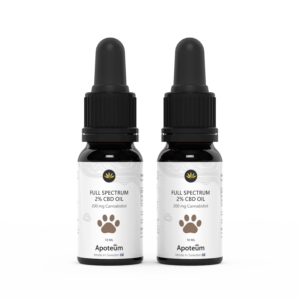 This 5% CBD oil is made for our 4 legged friends. Our organic hemp oil 5% contains 500mg CBD and over 80 other cannabinoids. It is very special because it contains both full-spectrum CBD oil and CBD isolate to boost the potency! It also contains both water- and oil-soluble terpenes. 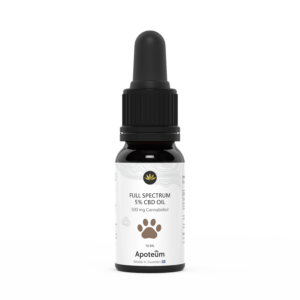 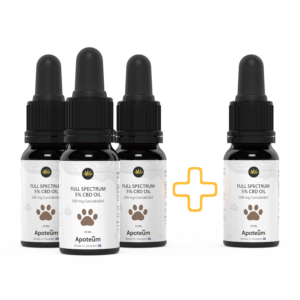 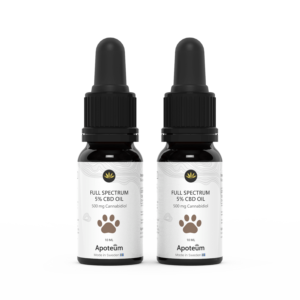