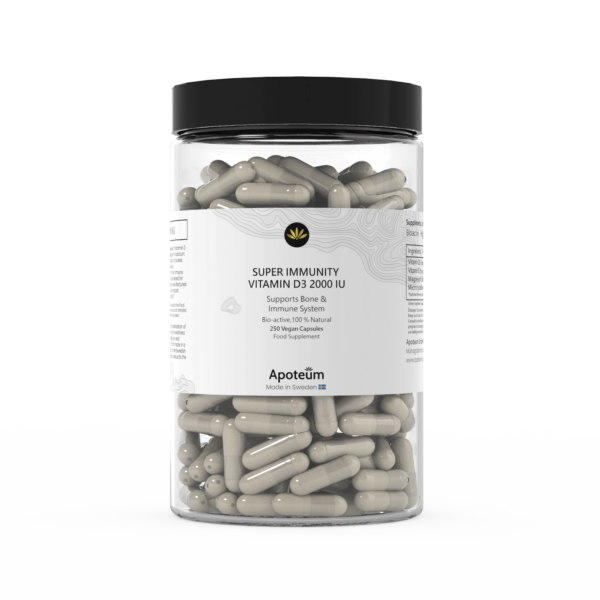 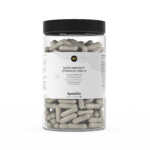 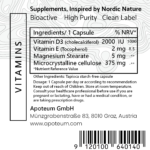 Our Super Immunity Vitamin D3 2000 IU is designed to give you a proper amount of vitamin D3, which ensures absorption of calcium and aids in the bone mineralization process, giving you strong and healthy bones. It improves neuromuscular functions, maintains the calcium and phosphorus levels in your blood, and promotes your immune system by making its responses more innate and adaptive.

This product is has no added artificial colours, flavours, or preservatives. It is gluten, lactose, and fructose free. All ingredients are sourced from trusted suppliers and lab tested by third parties to ensure quality.

What does Vitamin D do?

Vitamin D is considered an essential vitamin, and with all rights. It not only makes your bones grow healthy and strong, it also boosts your immune system. Vitamin D is also known as the sunshine vitamin, as the body naturally produces it when sunlight directly hits the skin. A deficiency in vitamin D can lead to brittle bones and other issues related to bone health, as well as a higher susceptibility to bacterial and viral infections. As a fat soluble vitamin, the body will store the excess vitamin D in the fat tissues for later use, making it as good as impossible to overdose on naturally produced vitamin D. While you really have to put your mind to it if you want to overdose on vitamin D supplements, there are still a few things to consider when supplementing.

What is the “IU” in Vitamin D?

The IU stands for International Unit, a unit used for measuring the substance in fat soluble vitamins and some hormones. To put it simply, one can say that it tells you how much biological activity there is in a certain amount of vitamin mg. When it comes to how much vitamin D you need, it all depends on how and where you live. If you have regular exposure to sunlight and live close to the equator, then a daily intake of about 400-800 IU might be enough, but if you have a lifestyle that is mostly indoors, or live in a place with low rates of sunshine, then you might need a daily intake of 1000-4000 IU.

Other things to consider when supplementing for vitamin D is your skin tone and age, as people with darker skin as well as those of an older age produce less vitamin D when exposed to sunlight. That being said, there has yet to be any cases where people have needed more than 4000 IU, so there is no need to exceed that limit, unless so cautioned by professional doctors.

The difference between Vitamin D and D3

Vitamin D comes in a few different forms, with the two most interesting ones being D2 and D3. These are not the same vitamin D that our bodies synthesise when exposed to sunlight; instead they are found in foods that we can consume. D2 is the vegan option of the vitamin, obtained through mushrooms and a few other plants. D3 comes from liver, cheese and eggs, which makes it non-vegan. For supplements, the D3 is usually extracted from the lanolin in sheep wool.*

As they come from different sources, vitamin D2 and D3 aren’t equal in how the body absorbs them. When the liver breaks them down, studies have shown that D2 yields less calcifediol, the prehormone that is the reason we need vitamin D. Therefore, if you are suffering from vitamin D deficiency, then taking D3 will help raise your blood levels better than D2.

*There is one known vegan source for vitamin D3: a type of algae. But the amounts D3 extracted are low, making it difficult and highly expensive to produce.

If you take too much vitamin D, you are in risk of suffering from vitamin D toxicity. There are a wide arrange of symptoms, like weight loss, heart arrhythmias, nausea and vomiting or polyuria, and it can also raise the levels of calcium in the blood, leading to vascular and tissue calcification that will damage your organs. But it is worth notice that for you to experience vitamin D toxicity, you have to really put your mind to it.

The only way to suffer from toxicity would be from an excess intake of vitamin D supplements. Even then, however, you’d have to really put your mind to it. The safe amount of vitamin D is at 5000 IU, though the daily recommendation is to not take more than 4000 IU. The majority of supplements keep their levels somewhere between 2000-4000 IU, with instructions of one or two tablets per day. An intake of 40 000 IU per day is what is considered to cause vitamin D toxicity, so that means that you’d have to take up to 10-20 tablets per day. Therefore, as long as you keep to the recommendations, it is safe to consume vitamin D supplements.

Vitamin D3 (Cholecalciferol), along with vitamin D2, are the most compatible forms of vitamin D for our bodies. They’re fat-soluble secosteroids that are responsible for activating the innate immune system, and increase the intestinal absorption of calcium, magnesium, and phosphorum. Between vitamin D2 and D3, D3 is the more biologically active version of the vitamin. It also shares more similarities with the vitamin D that our body produces when our skin comes in direct contact with sunlight.

E-vitamin (Tocopherol) is a fat-soluble vitamin, responsible for protection of the cell membranes from reactive oxygen species (ROS), which makes the vitamin an antioxidant. Vitamin E is also involved in immune function, cell signaling, and other metabolic processes. Deficiency in vitamin E is rare, usually linked to issues with fat digestion rather than a lack of vitamin E in the diet.

Magnesium stearate is made up of mineral magnesium and stearate acid, which is a type of saturated fat. It is mainly used in tablets, capsules and powders as a lubricant to prevent the ingredients of the capsules from sticking to equipment while manufacturing them, while also improving the quality and consistency of said capsules. It can also delay the breakdown and absorption of the capsules, making sure that they are released in the right area of the bowles. The safe consumption of magnesium stearate is below 2500 mg/kg per day.

Microcrystalline cellulose refers to a form of refined wood pulp that can be found in food production, where it acts as a safe form of fat substitute, emulsifier, anti-caking or bulking agent. It is especially common in the pharmaceutical industry, where it can be found in vitamin supplements and tablets, as it makes it possible to create hard tablets that can quickly dissolve. It is considered safe for consumption. 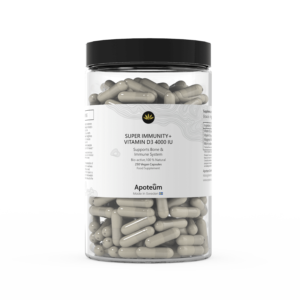 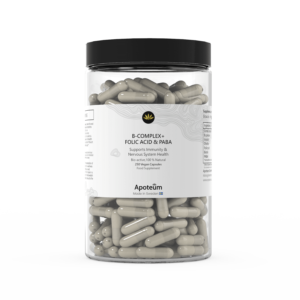 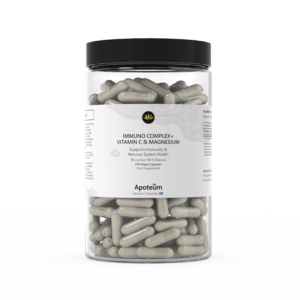